So, you know it’s bad when on January 1st, you receive an email with your “blog stats” and only then remember that you have a blog. You know it’s worse when a few months later, you can’t even remember how to sign onto your blog. It’s officially a problem when, after remembering you have a blog and somehow breaking into said blog, you realize it is has been over a year since the last post.

It’s official, I have had Blog Blight. However, due to a surge of energy after a weekend away with my husband (or to the fact that we are about to pack up a car and move across the country, being separated from all those that we know and love), I am going to attempt to blog again. Let’s be realistic, people, that will mean a post a month hopefully! No, I really do want to start blogging more as a means to keep up with all our loved ones here on the East Coast!

That being said, I laughed out loud trying to figure out how to catch up on a year of our lives.  A lot has happened. Needless to say, the boys have grown and changed, we are moving to San Diego to expand Campus Outreach to the West Coast, and we are about to close a whole season of our lives and drive cross country into a new one! I think I will post a few recent pics and just start right where we are! 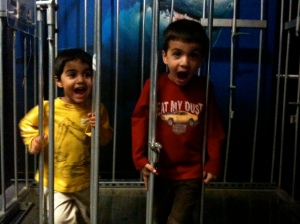 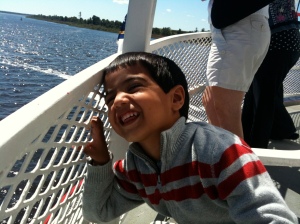 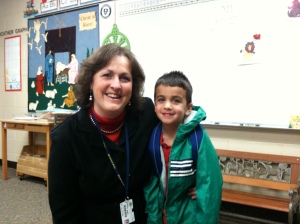 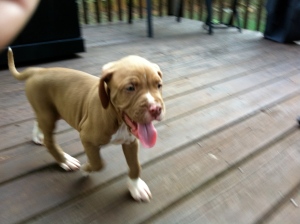 So, Eli is basically a teenager. He has quite the sense of humor and still loves to ham it up! It has been a year with ups and downs with Eli, as he started having some severe stuttering episodes. But God has faithfully gotten us into a program that Eli loves and looks forward to weekly. I have loved the alone time with him while Ty is in his 3 hour 4-K program at Hampton Park Christian School. Ty has thrived in school (despite my crying for the first week and the agony of the decision to send him- think sending your firstborn to college, that was the level of drama in my momma heart!). He loves his teacher, Mrs. Camfield, and his 8 little classmates! Eli and I get to go in often and throw parties, bring treats, and join in on adventures! God was so faithful with the school decision for this past year!

We got a puppy who is now a horse. No seriously. He was like 9 inches when we got him and now he tries to eat Eli. Or rather, Eli tries to eat him. Everyone says, “there is nothing like boys with a puppy dog.” Well, let me tell you, there is nothing like brothers with a puppy dog. Ty treats Mater like a dog, as if fitting. Eli, on the other hand, thinks of Mater (yes, the boys named him!) more as an equal. Thus, I find myself saying things like, “Eli, don’t bite the dog’s ear” or “Eli, he is not a horse you can ride on” more often than I care to admit. That being said, I have totally fallen in love with this dog. Yes, we got a dog knowing we would moving across the country, because that is just how we roll. We seem to invite the chaos and thrive on it!

So, we sold our house (long story, but suffice it to say, God, as always, was incredibly sweet and faithful and desiring to sanctify us in the process). We are living in a temporary house owned by friends near Furman, and we are preparing for the quite literal long road ahead! We plan to move out in mid-April and begin this new adventure! In the meanwhile, we are relishing our last few weeks here in Greenville, at Mitchell Road, with our staff team, friends, and family. As a family, we have claimed two “Moving Verses” to give us anchors into the truth in the midst of so much change.

Luke 18: 29-30. And He said to them, “Truly I say to you, there is no one who has left house or wife or brothers or parents or children, for the sake of the kingdom of God, who will not receive many times as much at this time and in the age to come, eternal life.

We are leaving such a good thing, but God is the same God and God is so worthy!