We live on Alumni Place, less than a mile away from College Avenue and San Diego State University. The irony is that like these cross streets, I straddle two worlds, the world of motherhood and the collegiate world, never quite belonging fully in either camp. As I have been preparing talks for a SDSU Women’s Retreat, I have been acutely aware of these two disparate worlds that I love equally. I have been struggling with how to communicate and what to communicate with these 18 and 19 year old ladies I am growing to love. They live in the world of drinking and dorms and short black dresses and all nighters. While we share the all-nighters in common, my reasons for staying up include the throw up, the late night bottle feedings, and the scary dreams of my three little boys. 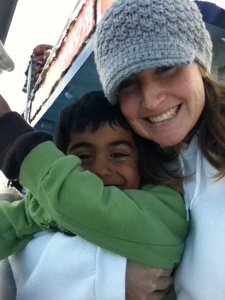 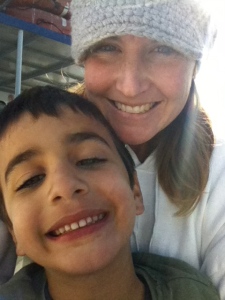 The image of flocks of girls dressed in clothing more sensual than my raciest neglige walking down College Avenue on Saturday nights kept haunting me. What do I have in common with them? I am heading to bed when they are heading out for a night on the town; I gladly don my Target activewear daily while they strut about in the trendiest clothes; I am reading Make Way for Ducklings and they are reading philosophy. 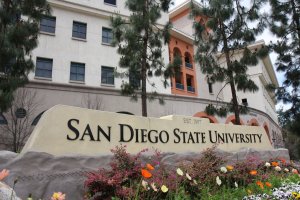 Then it hit me. It was the hunger for someone, anyone to notice them, to pick them out in the crowd of 5,000 other pretty freshmen girls that sent them out late at night half-naked. They want to be known, to have someone draw them out of loneliness and obscurity. Some of them study day and night like I did because they desperately need to stand out, to know they are significant, different, successful in some small sphere.

I can relate to that. Sure, I don’t wear little black dresses out on the town, but I hike up my skirt, so to speak, on Facebook statuses, trying to assuage boredom or loneliness. I am scared to be lost in the sea of mothers everywhere;  I want to know that what I am doing makes a difference, even though there are millions of other women who follow the exact same routine I do everyday. I don’t want to get lost in the nameless crowds of people all around me, virtually and physically. Maybe I don’t count catcalls or whistles on a Saturday day, but I sure do know how many people have “Liked” my witty statuses or adorable children. Maybe these two worlds aren’t so different after all. Maybe they are more alike then I care to admit. Maybe these talks won’t be as hard to write as I once thought.

And maybe, just maybe we are all looking for the same thing. For the love of a Creator, who made us uniquely, with an individual fingerprint literally and metaphorically. For the love of a Rescuer, one who is willing to go to any and all lengths to pursue us and chase us down and make us His own.