Most of the images of leading in the Scriptures involve stubborn, stiff-necked animals having to be forcefully moved because of their stubbornness and ignorance.

Goads. Bit and bridle. Chastisement. It seems human hearts are hard to lead. I know mine most certainly is; yet God offers us a better way.

He longs to put away the bridles and the sharp objects that push us along into His ways; He longs that we would be so accustomed to His voice, His character and the paths He frequents that we might be led by a thread. 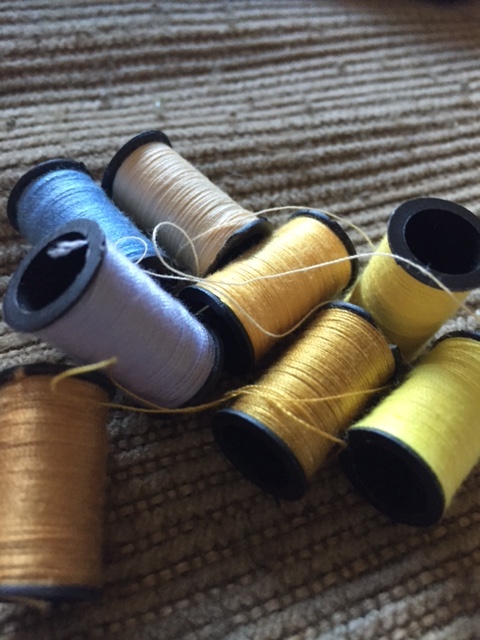 In the Old Testament, Hosea powerfully compares the constant rebellion of the senseless and stubborn nation of Israel to an untrained, unwilling heifer.  Jeremiah similarly depicts God’s people as an untrained calf, needing to be moved by the strong chastisement and discipline of a Babylonian invasion and exile.

David similarly warns us in Psalm 32, saying, “Be not like a horse or mule, without understanding, which must be curbed with bit and bridle or it will not stay near you.”

In the New Testament, the Apostle Paul uses such imagery while sharing his conversion story with Agrippa in Acts 26. Paul recounts how he heard the Lord say in the Hebrew language, “Saul, Saul, why are you persecuting me? It is hard for you to kick against the goads.”

It seems God reverts to using stubborn means for our stubborn hearts. Like a parent who has gently instructed and guided a child to obey only to be met with strong resistance and refusal, God lovingly used force in the form of pain, invasion, natural and unnatural consequences to teach His unwilling people.

As soon as His people repented, He relented.  He longed for their softened hearts, finally stilled enough to listen to Him, being wearied of the consequences of their rebellion.  Even as the Lord was prophesying the invasion of Babylon and the coming exile of God’s people through Jeremiah, we see a window into the heart behind the stubborn means.

Thus says the Lord:
“The people who survived the sword found grace in the wilderness
When Israel sought for rest, the Lord appeared to him from far away.
I have loved you with an everlasting love, therefore I have continued my faithfulness to you. Again I will rebuild you, and you shall be built, O virgin Israel.
Again you shall adorn yourself with tambourines and shall go forth in the dance of the merrymakers.” Jeremiah 31:2-4.

A Subtle Leading for Submissive Hearts

While it is strangely comforting to know that God will love us with by administering uncomfortable discipline, the goal is that we would increasingly become those led by a thread.

God longs that we wouldn’t have to be yanked and cajoled to follow Him. He would much rather we be receptive children with hearts so attuned to our Savior and the leading of the Spirit that a simple look, a gentle word of reminder or a subtle nudge would be enough.

To be led by a thread, we must know our Savior well, linger long on and in His words, spend time with Him early and often. It took years for me to know my husband well enough to be able to tell from a glance or body language or a squeeze or a slight chance of tone what He is communicating.  But the longer we have lived together and studied one another, the more accustomed we have become to one another. In much the same way, through the spiritual disciplines and cumulative hours spent together, we can begin to learn the Lord.

A puppy must be trained to sit and stay, and training can be monotonous and uncomfortable; yet, a well-trained puppy becomes a faithful dog able to walk loyally by the side of His master without leash or enticement. The presence and pleasure of His master is enough for him.

If you are like me, you are more accustomed to being led by the yank of the bit and the poke of goad than by a gentle tug on a thread. However, there is great hope that as remain under His training, our spirits will become less stubborn and more submitted.

May we gaze upon the One who did not have to be goaded to the Cross, but set His face like flint and resolved to move toward His death at Golgotha. As we do, He will make us more receptive to the Spirit who gently leads us through the Word to Christ.

Oh, Father, train our stubborn hearts; make us increasingly accustomed to walking by Your side, in step with Your Spirit. May we become those who are led by a thread, as was your perfect Son, our Savior.  Amen.