Megaluno is the Greek word meaning to be make or great declare great, to enlarge, to magnify, to extol. 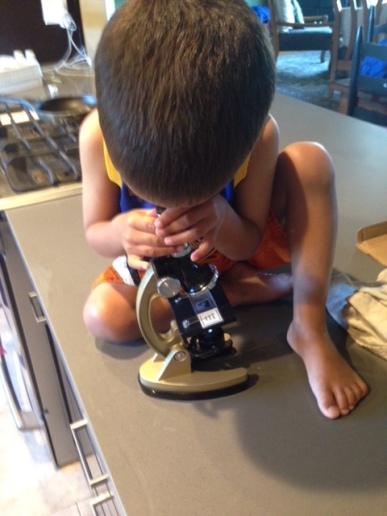 As I have been studying the first chapter of Paul’s joyful letter to the saints at Philippi, megaluno continues to ring through my mind.

Paul’s tone radiates joy and gratitude in this letter to the beloved Church he literally walked into planting when he walked up on Lydia’s prayer gathering by the River.  Most of the first chapter is consumed with Paul’s remembrances of these dear brothers and sisters, his gratitude for their partnership in the work of spreading the gospel and his prayers for them to continue to grow in knowledge and abound in love.

It would be hard to guess from Paul’s focus on the gospel cause and the Church he so loved that he wrote the letter from a prison in Rome, where he was shackled and mocked, awaiting trial before Nero. Yes, Nero. The sixth emperor of Rome who set his own city on fire while playing the harp and then proceeded to put the blame on the Christians community. Nero who was known to have Christians sewn into animal skins and attacked by dogs.

If I were imprisoned, even under American standards of safety and civility, I find it hard to imagine that I would write a letter to my dear friends gushing with gratitude about their faith. My friends would much more likely receive a long lamenting letter of complaint and fear tinged with undertones of self-pity and self-justification.

Yet, Paul, awaiting trail under Nero, simply says,  “I want you to know, brothers, that what has happened to me has really served to advance the gospel” (Philippians 1:12).

What has happened to me. Quite an understatement considering the circumstances. Imprisonment. The inability to continue to the progressing pioneering work of evangelism to which he had given his life. Being cut off from the missional partnerships and mentoring relationships that so clearly gave him life and joy. Being beaten and likely tortured.

How did Paul pen Philippians, a letter which became a book ringing with the great gain of following Christ, contentment and ambition for the sake of the gospel cause, in the midst of the dire circumstances into which he was thrust?

Megaluno. Paul’s one grand, epic pant for his life was to magnify Christ. His overarching aim was to make much of God, to declare, to make great, to spread broadly the Good News which had been good news to him on the road to Damascus.

With that as his aim, he was able to rejoice from prison that others were sharing the gospel, whether by false motives or pure. If his ambition had been even for the kingdom work attached to his name, he would have been jealous or territorial. Yet, as it stood, he was able to declare, “What then? Only that in every way, whether in pretense or in truth, Christ is proclaimed (Philippians 1: 18).

With that as his aim, he was able to spend the hours locked in the stocks praying for his friends to grow in their knowledge and experience of the love of God. When they ought to have been writing him letters of encouragement, he was encouraging their hearts concerning his ill-treatment.

These cutting circumstances give us a glimpse into the hidden lifeblood of Paul, the purpose that had been pulsing through his veins since his conversion: megaluno Christ.

Because Paul had lived under this unifying purpose, he was now able to face death with contagious courage. For to me to live is Christ, and to die is gain (Philippians 1:21).

I long to be able to say that with Paul, and, by God’s grace, I will in time be more and more able to declare such a simple yet profound statement.

Such a pulse of purpose is in me because I am in Christ, but other, rival objects vie for me to megaluno them: my own name, my ministry, my family, my desire for comfort. These maimed megalunos that take away from the grand megaluno for which we were made.

May we megaluno Christ together until the day when He will be revealed fully and completely in His greatness, when every knee will bow and every tongue confess His worth.