Old habits die hard.  Having spent the greater part of 18 years garnering praise through performance and confidence through competition, my heart sometimes slips back into old ways.

This past week, I found myself spending time with my dear old (very, very old) friends Miriam and Jacob. As much as I hate to admit it, I have so much of both of them in me.

Miriam, the prophetess sister of Aaron, was given a privileged place in the biblical story.  It was she who beautifully followed Moses’ lead by leading the women of Israel in their own complementary song of deliverance after crossing the Red Sea. What an incredible honor! Yet, like all biblical characters, we see not only her bright side, but her shadow self. In Numbers 12, we are given glimpses deep into the heart of Miriam.

Miriam and Aaron  spoke against Moses because of the Cushite woman whom he had married, for he had married a Cushite woman. And they said, “Has the Lord indeed spoken only through Moses? Has he not spoken through us also?” And the Lord heard it.  Numbers 12: 1-2.

Strangely, Miriam is named first and the punishment for the bitter thoughts fell only to her. As such,  it is safe to say that Miriam stirred up this strife and brought her brother into it with her. Scholars tend to agree that, at this time, Zipporah was likely dead. As such, Miriam had even more influence over Moses and the movement of God’s people. Until he married a new wife. Perhaps she felt eclipsed or threatened? Either way, it seems that she had forgotten her privileged place and began to hunger for more.

While I have no plans to lead an insurrection, my heart does sometimes chaff against the arrangements of God. Rather than being filled with awe at the places of influence I have been given as a woman, I sometimes buy the same lie that Eve succumbed to in the Garden all those generations ago. I start to doubt that God is for me and begin to be pulled into a litany of lies: I have to go get my own,  I have to secure my own spot, He may be withholding, so I must demand more than I have been graciously given. 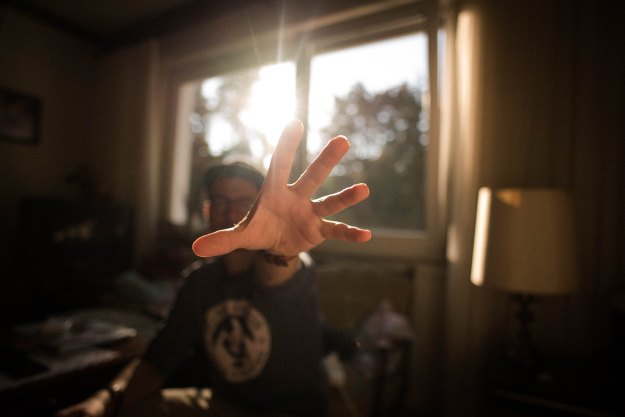 In his own way,  Jacob believes the same lies. A conniver and contriver from the  beginning, he is constantly grasping, trying to secure the blessing on his own. For with the blessing, it seems that Jacob believed he would find the identity, significance and security he so clearly chased his entire life. He grasped his brother’s heel in the womb, stole his brother’s birthright, and spent the rest of his life trying to garner blessing.

Until Genesis 32 where  He encounters the Lord. This time, Jacob looks for the blessing, demands the blessing from the right source.

But Jacob said, “I will not let you go unless you bless me.” And he said to him, “What is your name?”And he said, “Jacob.” Then he said, “Your name shall no longer be called Jacob but Israel, for you have striven with God and with men and prevailed.” Genesis 32: 26-28.

Thus the sun set on Jacob and rose on Israel.

His very next human encounter shows just how much his encounter with God transformed him.

Jacob,  the one who had once cunningly stole the blessing from Esau, now begs to offer him blessing. His envy, his grasping, his working to gain that which could only be given had been stopped by  the God who had given him enough. The God who was enough.

“Please accept my blessing  that is brought to you, because God  has dealt graciously  with me and because I have enough.” Genesis 33: 11 (emphasis mine).

When we find Him to be enough, our envy, our striving, and our competing shrivel before a sufficient Savior.  His storehouses stop our compulsive striving. His giving halts our greedy grabbing.

I am loath to admit it, Jacob,
In your resemblance I am dressed.
Striving, conniving to be blessed.
But in His blessing we learn to rest.

Your leprosy lurks in me, Miriam,
Your bitterly grasping for more,
Missing the privilege set before.
But by grace, He can fully restore.

Yes, the very ones you envied
Became instruments of grace.
Esau, forgiving, kissed your face.
Moses begged the curse to erase.

For envy loses its painful poison
When set in an abundant place.
Selfishness is expelled by grace,
When we look full at your face.