Introductory aside: If you know me, you know I’m not much into animals skins; earth tones, not animals tones, are more my style.  The closest we get to animal skins in our house are the safari scenes we set up with our cheap plastic animal toys. Yet while I don’t wear them, animal skins have been on my mind lately. 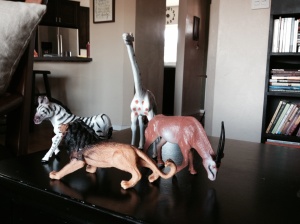 I just finished reading a fascinating book called First Mothers: The Women Who Shaped the Presidents. Two terrifying thoughts kept reoccurring to me as I read through the tales of maternal imprint on these men who have shaped our nation so profoundly: the first being the hysterical thought of one of my crazy hooligans one day leading our nation as Mr. President and the second being the fear that my children would only inherit animals skins. Allow me to explain.

One of the most surprising insights I gained from the book was that nearly every single one of the eleven modern-era Presidential mothers had strong, vibrant relationships with God. Their faith lay at the core of who they were, informing their purposes and parenting, influencing the way they spent their time and money and directing the way they saw the world around them. Collectively their faith was not merely a dress-up-and-sit-quietly-in-the-pew-once-a-week thing; rather, it had them practicing messy mercy to those of different colors and classes than themselves. It held them together when their lives were being derailed by abuse, the Great Depression, loss of children and other life-altering tragedies.

The terrifying thing for me was that, in most cases, the living, breathing faith of these mothers was passed on to the sons more in the form of an animal skin. Their mother’s wild, untamed living faith in God was inherited more as a a remnant, a once-living, now substance-less animal skin. Sure, it wasn’t fabricated or fake; it really had been taken from the living animal of dynamic faith. It was in authentic in some ways; and yet it was an heirloom, the outward form of a once-living faith now fit to be hung on a wall or set up as a rug in their son’s lives. 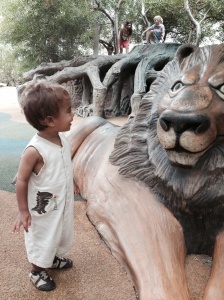 Paul, writing his last words to Timothy, the closest thing he had to a son and best friend and business partner, had a similar description of a fear he held for the Church in his time. In the letter of 2 Timothy, Paul who is facing sure death any day now is passing the gospel baton onto Timothy. Ever the honest prophet, Paul tells Timothy he will meet great hardships and opposition as he attempts to keep the Church in line with its unique message of the gospel of grace. He goes on to describe what happens when living faith in the real gospel gets passed down and becomes merely empty traditions or outward behavioral modification.

But realize this, that in the last days, difficult times will come. For men will be lovers of self, lovers of money…lovers of pleasure rather than lovers of God, holding to a form of godliness, although they have denied its power (2 Timothy 3:1-2 and 5).

Holding to an outward form, the skin of godliness, the shell of religion, while denying its power, the life, death, and resurrection of the God-man Jesus.

As I have been simultaneously reading First Mothers and the Biblical book of 2 Timothy, my heart has been aching. The last thing I want is for my children to look at my life and say, “Mother was a spiritual and deeply religious person.” Many of the presidents had these “compliments” of their mothers. While on the surface this sounds beautiful, upon deeper examination, the presidential sons seemed to have missed the point. They stripped the heart, the life-center out of their mother’s faith in Christ and kept the skin, the outward form, the shell. Sure it makes for decent values, but it cannot keep people from being, at heart, lovers of self and money and pleasure. Only Christ’s love for us through the cross and His dunamis, His great transforming power can do that.

Father, give me a vibrant, living, untamed faith in you. And so capture my children with that beautiful beast that an heirloom skin would never satisfy. Make them want their own living faith, the kind of faith that provides all the power required of it. Please don’t let my children be animal skin people. Let them be the ones who must climb on and ride the beast for themselves. 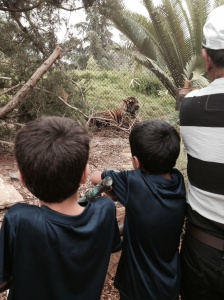