Despite numerous attempts to convince him otherwise, one of my sons spent the entirely of his kindergarten year calling show and tell “Show Hotel.”

When it was finally his turn for the famed Show Hotel, he would scour our home and his various “treasure” collections to find a “most favorite” thing. I am proud to report that on one occasion he chose me and on another occasion he chose his baby brother; that being said, the featured item was usually a Lego creation, a robot made our random materials or some “rare” fossil he found in our canyon.

This week as I was reading through a series of Psalms, a truth that I have known but not necessarily believed in my heart of hearts jumped out of the poems and into my mind and heart.

If the Lord were tasked with presenting his most favored and treasured creation at Show Hotel, he would have some pretty phenomenal collections to choose from: wild stallions built to run in motions that humanity tries to emulate; smart orangutans whose sense of family tends to shame most human attempts; strong polar bears who can swim more graciously than synchronized swimmers; hawks soaring effortlessly on thermals in ways that airplanes never could. 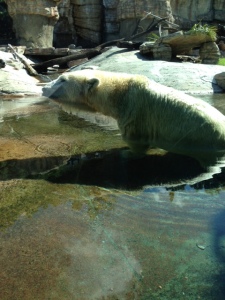 Yet, according to His Word, it seems that the Lord would bound proudly into the classroom toting us, humanity, beaming with pride.

When I consider Your Heavens, the work of your fingers, the moon and the stars which You have ordained; What is man that you are mindful of him and the son of man that You care for him? Yet you have made him a little lower than God; and you crown him with glory and majesty! Psalm 8:3-5 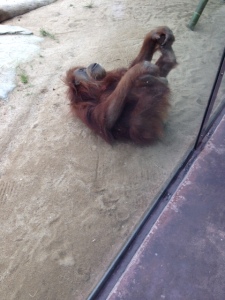 As shocking as this choice is, what is even more shocking is the version of us he chooses to display most proudly.

He doesn’t delight most in amazingly athletic human specimens with textbook BMI and defined muscles. He doesn’t call prodigies his favorite, pulling an Einstein or a Michelangelo out of his divine pocket.

What makes God grin from ear to ear, what causes his heart to turn somersaults within him in pleasure, is a people who fear Him and wait for Him in their weakness. A humble people, a needy people, a people hungry for transformation in themselves and their society yet powerless apart from Him. A broken people with a serious record who are truly penitent for their continual shortcomings and failures. These are God’s favorite favorites.

Sing to the Lord with thanksgiving; sing praises to our God on the lyre, who covers the heavens with clouds, who provides rain for the earth, who makes grass to grow on the mountains. He gives to the beast its food, and to the young ravens which cry. He does not delight in the strength of the horse; He does not take pleasure in the legs of a man; The Lord favors those who fear Him, those who wait for His lovingkindness. Psalm 147:7-11

As if it were not enough that God Almighty would choose broken people for his Show Hotel, it gets even better. His love is a transforming love and His favor beautifies his people from the inside out. We need not come up with elaborate ways to beautify ourselves by performing or painting on good works to impress Him or others. He only calls us to lift our eyes up to Him, to abide in the favor He secured for us by His death and resurrection. One cannot sit under His proud gaze without being changed.

For the Lord takes pleasure in His people; He will beautify the afflicted ones with salvation. Psalm 149:4

Lord, help us to believe the unbelievable: that You delight in us, not based on anything we can do or offer, but based on the merit of Your perfect Son. Let that unmerited delight beautify us so that we can begin to act out who we already are.