While nothing about my life or personality screams soldier, the Bible is replete with images of Christians as soldiers. As one who has lived her entire life in the privileged place of safety from wars and one who has not married into the military, the soldier mantle feels far from fitting.

I can most assuredly say I would never make it through boot camp, yet, if I take the Biblical imagery seriously, I have to consider myself as a soldier.

In addition to screaming of discipline, training and a life of service under careful command, the soldier imagery also forces me to remember that life is war.  Laced throughout the New Testament, one finds the language of spiritual warfare. In Ephesians, Christians both ancient and new are bidden to put on the whole armor of God, to wage war against the rulers, the authorities, the cosmic powers over this present darkness.

When Christians are born again by the power of the Spirit, no matter the times and places in which they live, they are children born into the ravages of a war. As C.S. Lewis so powerfully wrote, “There is no neutral ground in the universe. Every square inch, every split second, is claimed by God and counterclaimed by Satan.” 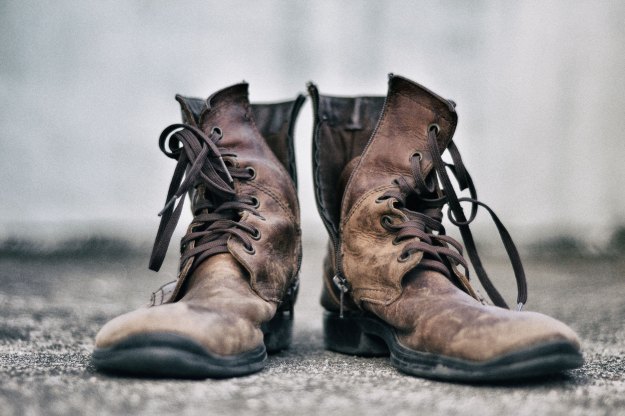 The final letter of a near-death Paul to Timothy, his replacement in the kingdom cause, exhibits a similar thread of soldiering.

Share in suffering as a good soldier of Christ. No soldier gets entangled in civilian pursuits, since his aim is to please the one who enlisted him. 2 Timothy 2:3-4.

As I was walking yesterday, the Spirit brought this Scripture to mind, gently convicting me that I have been living this week as a sloppy soldier. While I haven’t defected or deserted, while I am indeed actively enlisted in His service, I have found myself more and more entangled by civilian affairs.

The Greek word emplekó, translated entangled above,  can also be translated to weave or to entwine. It comes from a root meaning to braid, to plate, to twist, bringing connotations of threads being woven together tightly.

Christians are not called to neglect civilian affairs like their children’s education, their homes, their futures, their possessions and the likes. Yet, they are warned to not become entangled by those things. It seems that God knew that such things have a way of finagling themselves into the holes in our souls and getting entwined in our deepest senses of identity, security, contentment and worth.

As soldiers who must be ready at any time to follow the orders of their direct report, we are called to live lightly, to sit loosely in civilian affairs. We are supposed to be ready to leave our current stations and situations should our Commanding Officer redirect us or have need of us for the sake of the greater cosmic war. We are commanded to leave room in our hearts and lives to become entangled in the fight for the kingdom of God to come to earth.

My heart has become entangled with civilian concerns which, in and of themselves are legitimate; yet, their hold on my heart this week has been illegitimate and inordinate. I have been anxious and worried over house offers and counter-offers, over school zoning lines and other decisions which are gifts and privileges, not weights.

Yesterday, I took my overly entwined heart on a walk in an attempt to take captive every thought to the obedience of Christ. On one block, I would have my unruly fears and concerns and hypothetical situations in an obedient headlock. Then, on the next block, they would pull a full-nelson on me and have me back in a chokehold.  My internal WWE match was interrupted by a thumping party scene (we live in the throes of the college area, so parties are a regular scene).

I saw crowds of young ladies dressed in what I would consider less than lingerie, walking tipsily into a rowdy house party. I saw guys consuming alcohol in a desperate attempt to alter reality and find life.

The Spirit graciously cut some of the suffocating civilian cords from my heart. Life is war, Aimee. You are a soldier of Christ, positioned, postured and trained to battle for the souls of these students. You so easily forget the context into which you have been reborn and what is expected of you as a good soldier of Christ.

While we know victory has been secured by Christ, we live our daily lives on the fields of the last skirmishes of this eternal battle. I am so thankful that God promises to equip and train often sloppy soldiers like myself.

May God graciously remind of these truths when the civilian concerns threaten to obscure this reality. May we sit loosely and live lightly in our necessary civilian affairs.

3 thoughts on “On Sloppy Soldiering”