While a large majority of what I read about this genius and his theories were lost on me, the phrase has stuck, along with Einstein’s almost unnatural ability to focus on a goal.

He had completely given himself for nearly a decade to this goal, and afterward, at least for a short while, was contented yet exhausted. A few short months later, he would pick up another lofty unicorn of a goal, a unified theory that would explain the relationship underlying the entire universe, keeping Newtonian physics in tact while also encompassing relativity. This would keep his focus and drive him literally up to his death bed where he was still scribbling attempts at equations when he died. 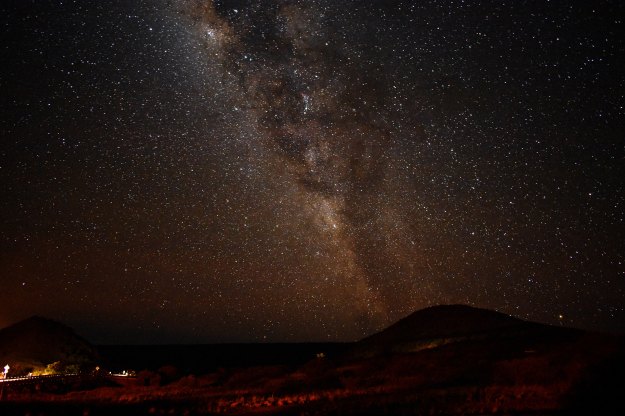 He gave himself to physics, much to the chagrin of his close familial relationships which were tenuous, at best. His entire life was given to trying to understand and unlock the mystery of the universe, which he attributed to “the Old Man,” God, whom he believed created a simple yet profoundly beautiful universe but did not interfere with man personally (a unique mix of deism and agnosticism to which he held faithfully after he left Judaism as a teenager).

Clearly, he was a brilliant man and one who shaped the fabric of science and humanity as a whole. Yet, when I was processing what I was learning about Einstein with my ten year old son, he said something profound.

“He was smart, for sure. But he wasn’t the smartest man who ever lived, because He did not know God and God is the smartest.”

Einstein, arguably more than another any other human who has existed, appreciated and understood the depths of general revelation, as he was both humbled and intrigued by the beauty of His handiwork. Yet, his life is proof that general revelation is never enough for a wholistic understanding of God. He continually chased his “unifying theory,” which I believe was his attempt to figure out the rest of the mystery (special revelation).

Psalm 19 shows both the beauty and deficiency of general revelation.

The heavens declare the glory of God, and the sky above proclaims his handiwork. Day to day pours out speech, and night to night reveals knowledge. There is no speech, nor are there words whose voice is not heard. Their voice goes out through all the earth, and their words to the end of the world. In them he has set out a tent for the sun…

The law of the Lord is perfect, reviving the soul; the testimony of the Lord is sure making wise the simple; the precepts of the Lord are right, rejoicing the heart; the commandment of the Lord is pure, enlightening the eyes; the fear of the Lord is clean, enduring forever; the rules of the Lord are true and righteous altogether. More to be desired are they than gold; sweeter also than honey and drippings of the honeycomb. Moreover, by them is your servant warned; in keeping them there is great reward.
Psalm 19: 1-4 & 7-11.

My son was correct. The Word of the law is sure and certain. It makes even the most simple wise. Only Jesus, the Word of God made flesh, kept the law of God perfectly.  But he was put to death, that we might have life, might be revived. He is more to be desired than gold, in knowing Him there is the greatest reward.

While I do not and will not understand relativity and cannot even scratch the surface of the way that Einstein saw and enjoyed the cosmos, I have a Christ whose life, death and resurrection make sense of humanity.

I long to live my life with a singular focus. I long at the end of my life to be able to say that,  in my pursuit of knowing Christ and being conformed to His image, I am contented but kaput. I want to leave it all on the table, to spend all I have to the end of knowing Him and making Him known.