Archimedes of Syracuse, a Third Century mathematician, philosopher and scientist, supposedly said during a demonstration of the lever, “Give me a place to stand, and I will move the world.”

Levers, while incredibly simple, are powerful tools. While I have known that for quite some time, recently while building a garage with my husband, I saw the power of a lever first hand. We had ridiculously heavy Hardee Backer walls we had constructed on the ground; however, we had to figure out ways for the two of us to get them off the ground and into place. Using simple leverage techniques and after much experimentation (and a few choice words), we were able to lift the walls into place.

As my boys are science nerds in the making, we spend hours working with Kevu blocks and simple machines; yet, I have not grown tired of watching levers at work.

Archimedes was right to be proud of the lever, such a simple thing that can move great objects. He was also right to know that in order for a lever to work, one needs a proper place to stand.  Lately I have been thinking of the a different lever and a better place to stand.

In Acts, the story of the early Church following Jesus’ Ascension back to the Father, we read the following account.

But the Jews were jealous, and taking some wicked men of the rabble, they formed a mob, set the city in an uproar, and attacked the house of Jason, seeking to bring them out to the crowd. And when they could not find them (Paul and his crew), they dragged Jason and some of the brothers before the city authorities, shouting, “These men who have turned the world upside down have come here also, and Jason has received them, and they are all acting against the decrees of Caesar, saying that there is another king, Jesus.”
Acts 17:5-7.

This small group of disciples led by a ragtag leadership team of  under-schooled, overlooked fishermen and other misfits, were upsetting the status quo, shaking up the established order of religion and political life. What were they using to change the world?

Their lever: the cross, an instrument of shame and execution.

Their place to stand: not an official position or a country or a theocracy, but a place where, through Christ’s substitutionary atonement, they could confidently stand before the Throne of God.

From the beginning of the Church, the same strange lever and the same shocking place to stand have been slowly moving the world.

Those who have come under the kingship of Jesus, boldly proclaim the cross of shame on which He took our place and invite others to an eternal place to stand confidently before the throne of God. 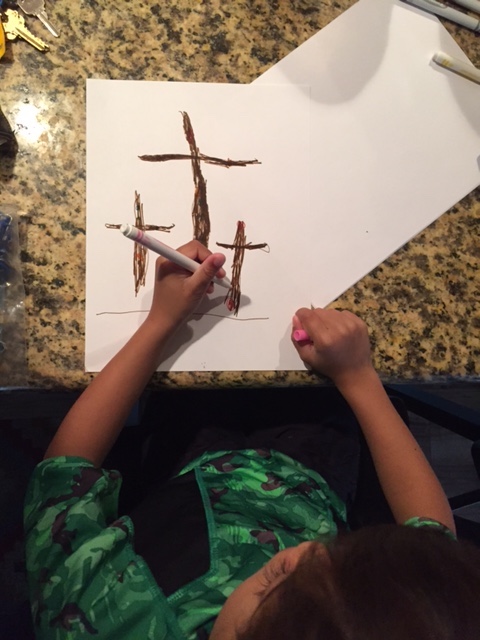 This news met with mixed reviews then and will continue to do so until our King finally establishes His forever reign in the New Heavens and the New Earth. Some saw and heard and experienced their own hard hearts melting, others scoffed and tried to stifle the strange news.

Sometimes, we forget the tools by which the Church is intended to move the world. Sometimes, instead of using our God-given lever and place to stand, we try to imitate the world’s tactics. We try to impress or intimidate or create our own little separate worlds. Other times, we forget that the gospel was intended to do work. We make it a trinket or a club membership card and sit in our comfortable rooms, unconcerned with the unmoved world and unclaimed hearts.

May we get busy with the same strange work that has been happening since Christ equipped us with His Spirit upon His leaving.