It should come as no surprise to us that Jesus, who was the most intentional human to ever walk this globe, was very intentional about His lasts with His disciples. Of course Jesus wanted to leave a few specific scenes burned on the brains and seared onto the souls of His disciples and best friends.

What does shock and surprise me, and should scare the flesh in all of us, are the specific last scenes that Jesus intentionally played out for his friends.  The two symbols that Jesus left with His followers that night were a table and a basin, two ordinary objects that conveyed sacrifice and service in community.

He could have given them a scepter as a last group impression, a symbol of power and sovereignty.  Yet, for His last lesson with the band of brothers who had literally followed him in the world’s classroom of highways and byways, He chose to wash nasty feet.

Feet. Jesus dreamed up the tarsals and metatarsals. He spoke and the bones were formed in the foot of the first man.  He did the unthinkable and became a baby who played with His feet. He stubbed His toes and likely got callouses as He logged some serious mileage on those two puppies.

One of the last scenes of his short life involved Him dressing himself like a common household servant and washing the nasty feet of his friends. He slowly went around a room of twelve dear friends, one of whom He knew would betray him in a few short hours, caressing and cleaning their feet. 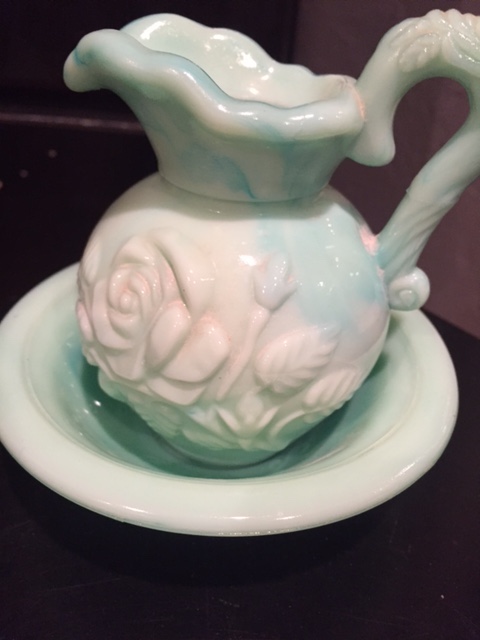 He has called us to be people of the basin. Basins imply a lifetime of unsexy, selfless service. Basin living looks different for each of us and changes in different seasons. Basin living may mean changing diapers in the nursery or soiled bed sheets as you care for an aging parent. It may mean investing in the lives of students who have little support outside of the classroom or it may mean folding laundry.

While the spaces and places where we use our basins look widely different, the people behind the basins share one thing in common: behind the basin must be stand someone who is convinced that he or she is the beloved of God.

In his prelude to his series of Last Supper stories which covers the majority of his gospel, John lets us into a few clues of what enabled and empowered the Savior’s service leading up to the ultimate Sacrifice on the Cross.

Now before the Feast of the Passover, when Jesus knew that his hour had come to depart out of this world to the Father, having loved his own who were in the world, he loved them to the end. During supper, when the devil had already put it into the heart of Judas Iscariot, Simon’s son, to betray his, Jesus, knowing that the Father had given all things into his hands, and that he had come from God and was going back to God, rose from supper. He laid aside his outer garments and, taking a towel, tied it around his waist. Then he poured water into a basin and began to wash the disciples feet and to wipe them with the towel that was wrapped around him. John 13: 1-5 (emphasis mine),

Jesus lived all of his life in an atmosphere of assurance of the love of His Father. He knew that the Father had given and would give Him all He needed to do His will. He knew that the embrace of the Father whom He had willingly left to become a man was waiting for Him upon His return from His quick dash to the earth.

The love of the Father freed Jesus to pick up the basin and put down His own rights, yet again. Assurance of His place as the Beloved of the Father freed Him to take the place of a servant, even a servant who would wash the feet that would flee to betray him moments later.

Through faith in Christ’s life, death and resurrection we are named the beloved of God. We are invited, through faith, into the same atmosphere of beloved-ness that compelled Christ to the basin.

Dirty feet, dashed heart and desperate neighbors abound. May we bask in the undeserved, unearned and unconditional love of God, and thus become people of the basin and towel.