The scary corner next to our shed is where bikes and scooters go to die. I wish I could say these deaths were quick, like a swift or sudden trip to the thrift store up the street. Alas, I cannot. These once coveted and doted upon scooters and two wheelers of various sizes and models are resigned to a slow neglect that leads to a rusty end. Slow neglect has a cumulative effect. 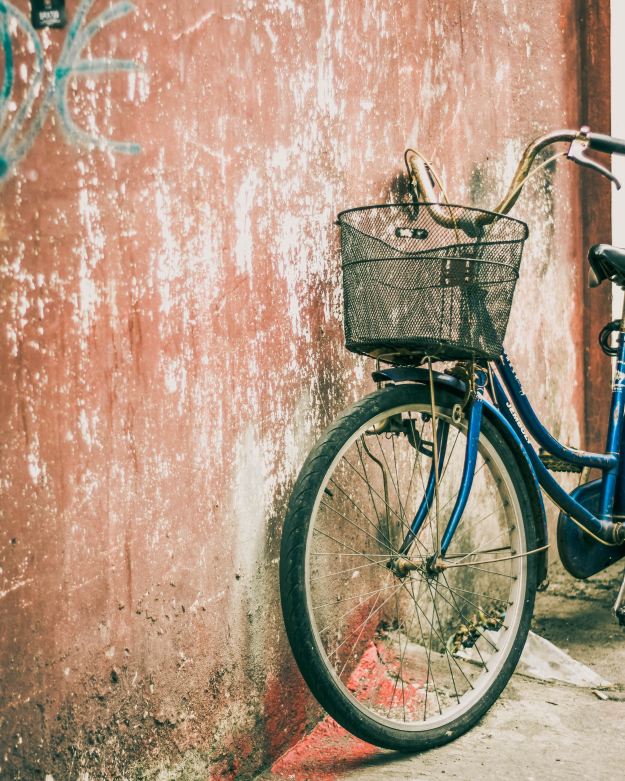 As I am preparing for our Fall Women’s Bible study, I have been spending time deep diving into the letter (or more like polished sermon series) of Hebrews.  One cannot wade too deeply into this book without coming quickly upon warnings, so much so that it has been called “the book of warnings.”

After having established that Christ, the Incarnate Son of God, is far superior to angelic beings, the writer gets quickly to the punch line of this first of many “Christ is better than” arguments.

Therefore we must pay much closer attention to what we have heard, lest we drift away from it.  Hebrews 2:1

The warm up is over. The warnings are beginning. And we would do well to heed them.

The Greek word translated “much closer” above is perissos which means excessive, vehement, abundant, exceeding. The writer bids his Jewish Christian friends, who are familiar with the Torah and the gospel to which it pointed all along, to pay excessive, almost myopic attention to holding onto the gospel. The Greek word translated “pay attention” above is prosecho, meaning to hold on to, to pay careful attention to, to join yourself to something or someone.

Excessively, aggressively hold on to and set your gaze on Christ, the comprehensive, final Word from God who used to speak in bits and pieces (Hebrews 1:1-2).

Having made his admonition to these believing friends clear, the writer does what God often did in the Old Testament. He pairs a commands with a warning.

For since the message declared by angels proved to be reliable, and every transgression, or disobedience received a just retribution, how shall we escape if we neglect such a great salvation. It was declared at first by the Lord, and it was attested to us by those who heard. Hebrews 2:2-3.

Referring back to the argument he laid out in chapter 1,  the writer reminds the Jewish believers  what they already likely knew. It did not go well for those who went against  the messages sent by angels. Their messages proved true. Thus, if Christ is far more than an angelic dispatch, being the very Word of God (John 1),  how much more should we heed His words and warnings. After all, the Word of God is reliable and solid. Not one Word drops empty from the Father, they shall all come to pass.

The writer poses the powerful question: if those who neglected angelic messages received just retribution, what will happen to us if we neglect so great a salvation?

The Greek word translated “neglect” above, ameleo, literally means to be careless about, to disregard, to be unaffected by, or to perceive as no value or of no moment.

Ouch. Neglect hits close to home, as the graveyard of scooters and bikes will attest.

It was hard to imagine on Christmas morning when those boys received those long-awaited, much-coveted bikes and scooters that one day they would be  gathering dust and cobwebs. The kids paid attention to them, doted on them, took care of them, valued them. For a little while. Until they became less shiny, less new. Until they became a regular part of the background of our lives.

Tonight, as I sat to meditate on these warnings, as applicable now as when they were originally written, I found my heart longing to re-value and re-esteem the inestimable gospel that so often grows dingy from my own neglect. To be clear, the gospel does not lose value. It is, as the writer said, such a great salvation. But we have a choice as to how we treasure and value this unthinkable gift. Are we neglecting it or nurturing it?

Lord, may we fight daily to consider and reconsider our Christ. May the good news of salvation that was purchased with the priceless blood of Christ never appear rusty or old in our hearts or our homes. Amen.