‘Tis the season. Political season is upon us (not that it ever took a break). If I am completely honest, I dread election seasons more than I dread just about anything. I think I would rather walk a mile on Lego pieces than dance the delicate dances that will be required in the upcoming months.

Under normal circumstances, election seasons are exposing; however, the stakes and the tensions in our nation are higher than they have been in decades. Our patience is already worn down from the pandemic. Anger and confusion are boiling in our blood as conversations around racism seem to grow more and more polemic. What used to be funny caricatures of both sides are becoming scarily realistic as the ideological delineations become more and more entrenched.

Our political leanings will be questioned, cornered, and cajoled. As much as I want to run away from these conversations, I know I must engage.  I long to be prepared to chime in to the chaos, but to to chime into as a citizen whose primary citizenship and hope is another kingdom led by another king. 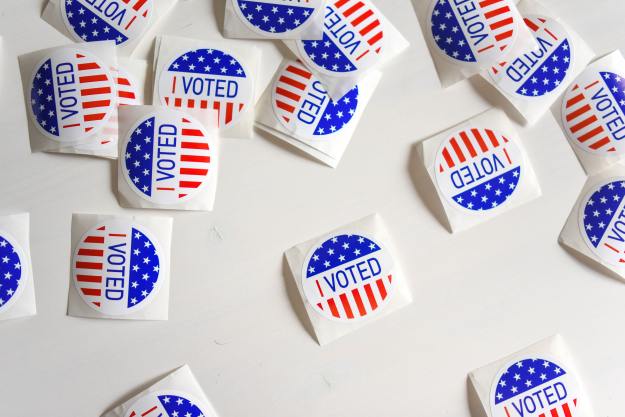 In Habits of the Heart, Robert Bellah and his associates use Tocqueville’s seminal study on democracy as a loose guide to studying the the role of individualism in American culture. He rightly claims that the first language of every American is individualism, though that individualism can come out in different forms, namely expressive utilitarianism and utilitarian individualism. Utilitarian individualism most prizes the capital gains, power, and status (all rolled together into the complicated term success), while expressive individualism tends to highly prize feeling, emotion, and freedom of self-expression. While on the surface these two seem to be completely different camps, they share in common a base of individualism: I have the right to go after what I deem to be success and/or freedom in my eyes and government exists to secure that right.

While both sides tend to vilify the other, they share a primary foundation of protecting that individualism which is inherently and intentionally laced into the American spirit. They just define freedom and rights differently and go about seeking them differently.

The upcoming political season will expose more than our political affiliations; it will expose the idols and hopes of our hearts, the longings and rights that wake us up in the morning and keep us up at night. As much as I don’t look forward to this exposure, as a believer in Christ, the discomfort can be more than something to survive. While everyone else might be frantically or fanatically doubling-down on party lines and their respective idols, Christians are invited to double-down in dependence upon Christ.

For the believer in Christ, primary citizenship has been shifted and a new primary  language is learned. Devotion to and dependence upon Christ slowly uproot deeply engrained patterns of individualism (see 2 Corinthians 5:17-21). Short term hopes shift from our own increase to the increase of the kingdom (see John 3:30 and Philippians 3:7-9). Long-term hopes are lengthened to converge on the consummation of the kingdom of God in the New Heavens and the New Earth (see Philippians 3:20, Hebrews 11:10, Hebrews 11:14-16).

This primary citizenship does not extinguish our earthly citizenship, but it does right-size and inform it. It allows us to engage in politics but to do with loosened grips and increasingly humility, knowing that we do not know all things but our Heavenly Father does.

We are, however, called to ensure that our primary leaning is into the person of Christ and our primary allegiance is to His Word and His ways. May we guard our hearts which are the wellsprings of our lives (Proverbs 4:23) more than we guard our political stances or positions. May we be more concerned with a humble and obedient posture to Christ than we are with the way parties are positioning themselves for power. May our deepest allegiance be to the One to whom all allegiance will ultimately given (Philippians 2:10-11).

May election season only deepen our dependence upon Christ. See you on the other side of November.

2 thoughts on “Politics & the Primary Language of Individualism”